Energy Storage and the Impact of Solar Power Batteries 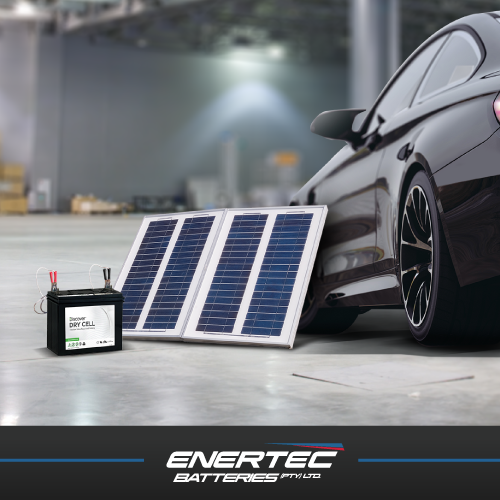 Have you ever wondered what the future holds for energy storage and what role solar power batteries will play? Well, extensive research has shown that due to the detrimental environmental impact that traditional power systems have, alternative forms of energy supply (such as solar power batteries) will feature extensively in the coming years and decades.

Up until recently, the positive impact of small-scale and hybrid energy systems has been largely underestimated.  Such energy systems include LEAD ACID batteries, LITHIUM ION batteries, and a combination of both. When solar power (i.e. photovoltaics) is paired with lithium-ion batteries, great cost savings in terms of energy costs can be had and a well-designed system involving solar panels can yield an effective power solution at a very reasonable price when the total cost of ownership is considered.

If you consider the fact that a photovoltaic battery system can provide up to a whopping 20% of your household’s entire electricity needs, you will definitely consider using solar energy to power your home or business. Because solar batteries, over the course of several years, generate anything from 5 to 8 times more energy than they actually consume, this is a highly effective way in which to use renewable energy.

The environmental impact of using a solar system should not be under-estimated as it can have anything from 2 to 83 times less impact on the environment than that of traditional, grid electricity. So, if a solar energy system is so much more cost-effective and far better for the environment, why are most people not jumping on the bandwagon?  Well, the answer is not a simple one and most people who have access to a reliable electricity supply are reluctant to move from grid to solar, and incentives will need to be implemented in order to encourage more people to try a solar energy system.

With solar batteries, great benefits can be had. The main advantage of solar storage technology is that it can greatly help to reduce a population’s dependency on the national power grid and, in this way, can help to balance electricity supply and demand.

The storage market is growing every year and, with several ways to store energy, this is definitely great news for the renewable energy industry. Energy can be derived from pumped hydroelectric storage, as well as vast variety of battery types.

Lithium batteries are becoming more popular due to a number of factors:

2.      100 % discharge capability – they do not deteriorate quickly when cycled

3.      PSOC – partial state of charge capability – they do not have to be recharged fully with the resultant sulphation problem as with lead acid batteries

4.      They will supply their full rated capacity right up until the 100% discharged state

6.      They have a much greater expected life cycle – up to ten years dependent on correct sizing.

With battery energy storage for your home or business, you have the ability to store a quantity of electricity for use at a later stage. Many businesses and homes make use of photovoltaic solar panels that generate electricity during the hours of sunlight. With the addition of a battery to such a system, the energy produced can be used later, even when there is no sunlight. This is a great way to avoid purchasing power from the electric grid which can be unnecessarily costly.

People who buy electricity on a “time-of-use” basis can save even more as they are charged on more inexpensive overnight electricity.

Modern solar batteries that are compatible with your PV system enables you to utilize your solar power generation whenever you need it. Many of these also include a hybrid solar inverter which can be used to replace your previous one.

At the end of the day, solar power batteries are a literal godsend, especially when an electricity grid is running at full capacity in peak periods.  Since extra power is generated mostly in an environmentally unfriendly way, there is always plenty of renewable power generation available that is created in a much greener way.

Of course, solar batteries can still be more expensive than a standard generator that runs on diesel, but they do provide you with reliable back-up power without creating harmful, carbon emissions, costly service and maintenance as well as noise pollution.

So, if you are looking for ways to reduce your long term expenses, carbon footprint, and reliance on an unreliable traditional power grid, we can highly recommend that you consider a solar system or even a partial solar system

What do you think about solar power energy and are you already a consumer? Let us know as we would love to hear from you!