Enertec brings you the fastest-growing technology in batteries: Lithium-Ion 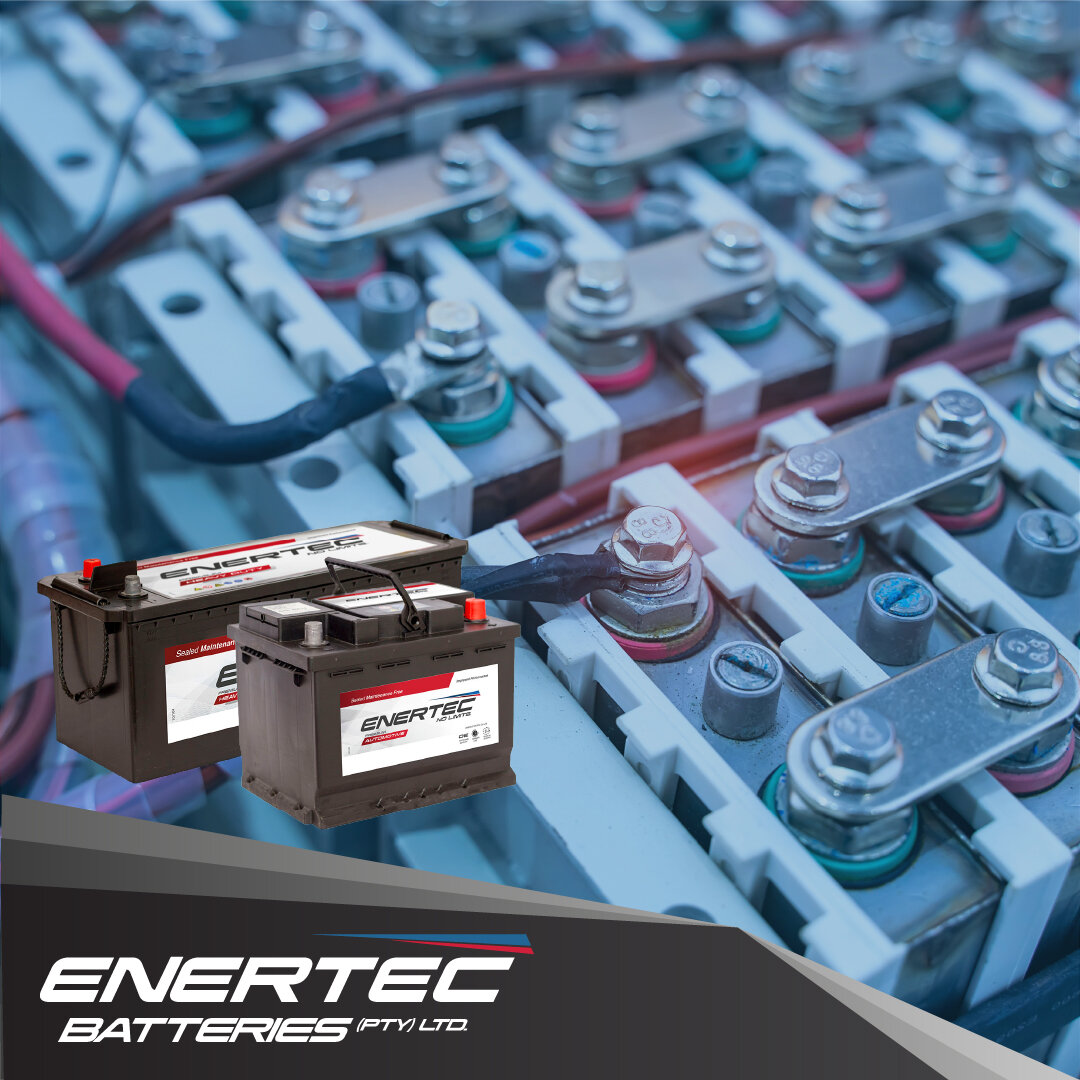 All you need to know!

Lithium-ion batteries are an advanced energy solution using lithium ions as a key component of their cell structure. With a wide range of variations when it comes to application use, from small devices such as cellphones to massive industrial backup systems, these batteries have taken many industries by storm. Lithium-ion batteries are quickly becoming the most sought-after for many different uses. With their versatility and incredible benefits, there are very few questions as to why.

A quality lithium-ion battery can:

Because they offer more than a different type of battery with similar specifications, they are fast becoming the battery technology of choice.

At first, they were only sold as small consumable batteries for cameras and other small devices, but they are now used for almost all applications.

Because lithium technology is so adaptable, a simple change in the battery chemistry or structure makes it much more suitable for certain applications. For example, heavy-duty industrial equipment requires a very powerful battery with a high output delivery. These needs will be very different to that of a cell phone, which requires a small, energy-dense battery to keep it powered for as long as possible. Thankfully, there is now a lithium-ion battery to suit nearly every use.

Today, these batteries are used for:

They are one of the most common batteries in cellphones, laptops, and cameras.

What exactly are lithium-ion batteries made of and how do they work?

Except for the fact that lithium-ion battery technology makes use of lithium ions as the primary component of its electrochemistry, the principle behind how these batteries work remains quite similar to that of older generation technology.

All batteries contain three basic parts; a positive electrode, a negative electrode, and an electrolyte solution. The electrolyte solution can be a liquid, gel, or paste, and serves as the medium through which charged ions are transported between the two electrodes. The electrodes are electrical conductors that make contact with the electrolyte, and they are also the site at which the reactions in the battery occur. The purpose of these reactions is to convert chemical potential energy to electrochemical energy, which provides the current needed to power devices.

In a typical lithium-ion cell, the negative electrode (anode) is generally made of a carbon compound called graphite. The positive electrode (cathode) can be made of quite a range of different lithium compounds, such as lithium iron phosphate, lithium cobalt oxide, or lithium manganese oxide.

The combination is chosen based on the price point of the battery as well as its intended application, as all of these compounds have different raw material costs and properties. The two electrodes also have a separating material between them.

The electrolyte solution is typically a lithium salt dissolved in an organic solvent. The organic solvent in the battery is usually a mixture of carbonates and lithium complexes.

With increasing success in the energy industry across multiple sectors, what are the main features of lithium-ion batteries?

With lithium-ion, no significant voltage drop is experienced until the battery has already discharged 80-90% of its capacity in that cycle. This means that the performance of a lithium-ion battery will remain consistent until it has reached the end of the cycle and needs to be recharged.

Lithium-ion batteries also charge at nearly 100% efficiency, whereas technology such as lead acid tends to only have an 85% charge efficiency. Because of this, there is much less energy wastage, and your lithium-ion battery will recharge much faster than a standard battery.

Lithium-ion batteries have both a long lifespan and an extended battery life during use. With typical use, their lifespan would be around 500 cycles or 2-3 years. However, with the correct settings on the Battery Management System (BMS), proper cell alignment, and ambient temperature control, a lithium-ion battery could last decades.

Unlike other battery technologies, lithium-ion batteries do not need as much care to protect their components from damage, as they do not experience sulphation like lead-acid batteries. They also are not at risk of capacity losses from the memory effect, a well-known problem with nickel-based batteries.

Are there any competitive alternative battery technologies entering the market?

South Africa has seen incredible growth in the lithium market in recent years. As lithium-ion products have become more available globally and manufacturers have increased their scale, the South African battery market has reaped the benefits of this development.

However, there are a number of alternative battery technologies in the process of entering the market. Although these are not currently available locally in any commercial capacity, it is always a smart idea to be informed on upcoming developments and how they will affect the future.

Since lithium-ion battery manufacturing has become incredibly scalable, it is likely that lithium-ion technology will continue to dominate the market for many more years to come. Many competitors have attempted to challenge lithium’s dominance, but simply have not been able to become competitive before they reached the scale of lithium-ion.

Let’s discuss some emerging technologies and see how they compare in price, application, safety, and technology.

Because iron is a very abundant mineral, these batteries are cheap to produce. Iron is also not very volatile, making for a much safer battery. However, because these batteries require external storage tanks, they are difficult to scale down in size, making them only suitable for specific applications, and also very difficult to transport.

They are best used for larger backup and solar systems but are currently not widely available.

Dual carbon batteries make use of two graphite electrodes. They are incredibly energy dense, making them a suitable competitor to lithium-ion. They have an extended lifespan and are able to go very long in between charges, with a greatly reduced charge time. They are also easier on the environment, as they do not contain toxic heavy metals and are safely disposable.

In theory, they should be inexpensive due to the abundance of carbon as a raw material. However, in recent times, rising raw material costs have made graphite much more expensive, which means that this technology has encountered difficulty penetrating the market. Currently, these batteries only exist on a small scale and have not yet been able to achieve the manufacturing scalability required to become a real challenger to lithium.

The most attractive feature of sodium-ion is its cost-effectiveness, as salt is cheap and readily available. Because they are so similar to lithium-ion batteries, they can easily function as a drop-in replacement. They are also much less reactive, making them less flammable, and safer to store and transport.

Because sodium weighs more than lithium and has lower electroactivity, its main disadvantage is that it results in a battery with a much smaller cell energy density than lithium-ion. These batteries have a shorter life cycle, lower reactivity, and are also more sensitive to moisture and nitrogen exposure.

Zinc ions contain two electrons, whereas lithium and sodium ions only contain one electron. This means that cells containing zinc ions are more energy dense per volume, so a lot of energy can be stored in very thin electrodes. These batteries can therefore be made much more compact and efficient.

Zinc as a raw material is also cheaper and more readily available than lithium. It is also a more stable material, allowing for water to be used in the electrolyte fluid and reducing the number of safety measures required during manufacturing, storage and transportation. This also reduces their cost.

Even so, they have a slightly shorter lifespan than lithium-ion, at around 2000 cycles as opposed to lithium-ion’s maximum of 3000 cycles. They are also heavier per kilogram.

Despite the benefits of this battery technology, it still has not reached a manufacturing scale that would allow it to compete with lithium-ion. At a limited scale, zinc ion batteries can be an effective alternative in certain industries and applications where safety concerns are high.

As we can see, there are quite a few strong contenders against lithium-ion. However, many of them have not been able to quite measure up in all the technical and economic criteria required to really challenge its dominance in the market.

It will be interesting to see how things change over the coming years. Enertec, as a proudly knowledge-based distributor, keeps a finger on the pulse of the African battery market, ensuring that you always have a trusted supplier of the best battery technology for your chosen application.