What Is The Difference Between A Central Battery System And UPS? 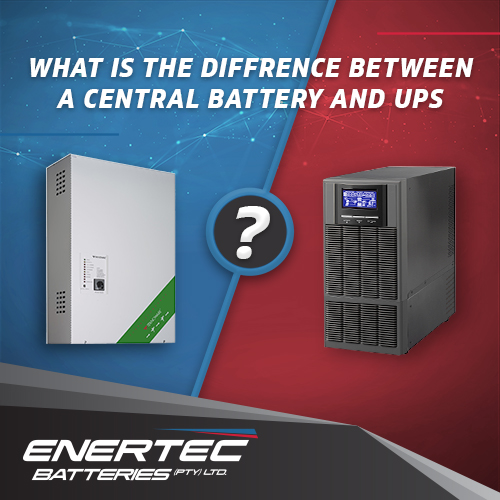 There are different setups that can be created for the purpose of creating a power backup. The UPS is among the most common options. That being said, there are different variations that can be used alongside the UPS. One such option is the use of central battery system alongside a UPS. This raises the question that what are the key differences between these two approaches.

The central battery system consists of a backup power storage that exists outside of the UPS system. This means that the battery is not a part of the UPS and there is a separate group of batteries with their own inverter so that they can be charged. The purpose of central battery system is to provide emergency power. That is why it shares many of its qualities with an online UPS which has no switching delay.

The UPS on the other hand is more focused towards the standard power breakdowns and not for critical emergency situations. There are a wide range of UPS options available which can be used for different environments. The offline UPS is considered to be the best for domestic use. Interactive line UPS is a good option when dealing with frequent power fluctuations. The online UPS is ideal if the load includes sensitive electronics which may get damaged from even the slightest of fluctuation.