Which Batteries Are Used In UPS System? 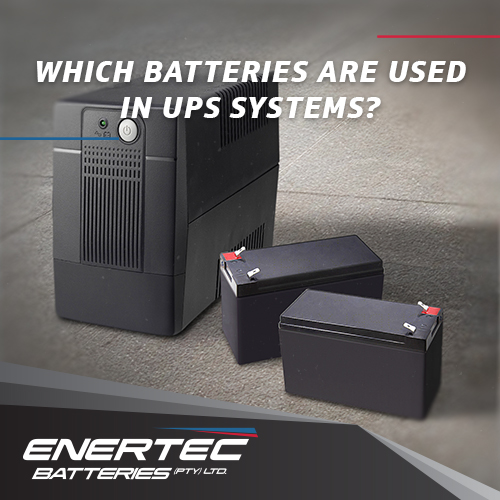 The two main types of batteries are starting, lighting and ignition (SLI) batteries and deep cycle batteries. The SLI battery is commonly known as an automotive battery and its primary function is to provide a short burst of high magnitude current needed to start the engine of a car.

Another key point of differentiation which makes the deep cycle battery the best option is its discharge capacity. A deep cycle battery has a longer charge/discharge lifecycle compared to a SLI battery which means it will have a longer lifespan when used in a UPS system. The SLI battery can be permanently damaged if it is discharged frequently below a certain level of charge (usually 70%).

Within the deep cycle classification, there are different sub-categories. The most common and popular option is the Lead-acid battery. It is cheap and easily available but has a comparatively short lifespan. There are sealed or maintenance free Lead acid batteries as well which offer similar performance with lower need for maintenance.

There are more expensive options as well such as the AGM (Absorbent Glass Mat) and Gelled electrolyte batteries. They have longer lifespans and are capable of providing higher magnitudes of currenT.