Why the Battery will Power Rural Africa 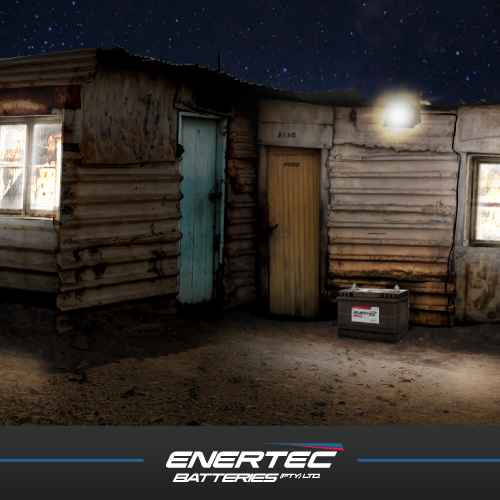 It is a well-known fact that electricity can be anything but reliable throughout Africa. With most businesses requiring power to be productive, this can pose a serious problem for most people.

If one considers that there are over a billion people globally who live without a constant supply of electricity, this can come as a big shock since people living in developing or first world countries believe that access to electricity is a basic necessity.

Recent research has shown that over 60% of those living in Sub-Saharan African countries, do not have access to electricity. On average, the continent has only a mind-boggling 25% electrification rate even though African governments are aware of this fact.

For those living in an African country, especially in rural areas, it is therefore not advisable to always rely upon an unstable and often outdated electricity grid. People in these countries are instead turning to the private sector for new, cleaner, and more innovative ways in which to remain powered up as they realize that it could still take a few decades before reliable electricity is made more mainstream and power plants are upgraded.

It is therefore easy to see why the battery can be a solution for powering Africa in a convenient, reliable, and clean way.

Recent predictions regarding the powering of African countries have now revealed the exciting news that the continent could soon be the world’s hub for green and more affordable energy.  This is made easier by the fact that the Sahara desert, being a huge expanse of land, has strong winds in the coastal regions, plenty of geothermal reserves in the Rift Valley area, and an arid interior, making it a wonderful place for renewable energy resources.

A typical African country has a government that has over-regulated agencies that are responsible for power plants, cabling, and wiring the electricity grid. Unfortunately, in rural areas that have little to no infrastructure, innovation is slow to arrive which is where batteries can play an important role. In such circumstances, folks are now able to buy cost-effective electrification packages that include equipment such as batteries and solar panels. These can be connected to high-efficiency appliances for maximum effectiveness.

While most African governments require a reasonable number of people who are able to afford payments to be connected to the grid, sometimes it is just not feasible for them to connect certain rural settlements.

For only a small amount of money per month, people living in even the most remote of places can afford a very basic, battery-powered option that will enable them to connect items such as light bulbs and simple appliances (e.g. a radio and lights). A more advanced package can see folks being able to electrify (via a battery) appliances including TVs, fridges, computers without the risk of a power outage, which is a common occurrence in many third world and emerging market countries.

As the populations of an increased number of African countries are now deciding to move their electrification efforts (specifically in rural areas) from the public infrastructure to the private sector, luckily the availability of batteries and solar panels is now also increasing.

This increase in the availability of batteries and solar panels means that the costs of these electrification systems are now decreasing and becoming more affordable to the average citizen in countries such as the Central African Republic and the Democratic Republic of the Congo.

Solar panels are a great solution for Saharan Africa as the continent enjoys plenty of sunshine.  This means that most businesses and private homes can easily store their own power.

Suitable batteries can now be used to power major commercial centers, homes, and much more, meaning that many people can now reduce their dependence on generators. This is a move in the right direction since generators use copious amounts if diesel which is not only very costly (especially for those earning only a few dollars per day), but incredibly detrimental to the environment and noisy as well.

When a generator is continuously used as a result of an unreliable (or non-existent at times) power supply, the cost of the diesel can actually be crippling. An example of this is in 2012 when the African continent spent over $ 5 billion on diesel alone.

One of the most populous countries in the world, Nigeria, has the largest concentration of diesel generators per square mile in the world. In fact, over two-thirds of their power is generated by back-up generators, meaning that battery or solar power could really revolutionize the lives of many people.

African governments are no strangers to trying to garner political support in the run-up to elections. One of the most-discussed points by politicians is the promise to provide improved services that include better roads, more reliable electricity, and water supply, the building of more schools, and more effective policing. Interestingly, the middle-class population in Africa is moving away from being influenced by political rhetoric and is, instead, favoring deliberate disengagement from the government. This is especially true if the government happens to be highly authoritarian or they are living in a quasi-democracy.

At the end of the day, what this all ultimately means for the very near future, is that we can expect Africa to be powered, not by its own national power grid, but by an innovative private sector where batteries are the name of the game. This is certainly something to look forward to as the poor will become more empowered and will no longer have to rely on manipulative government officials.

With the battery powering more of rural Africa, more people will have access to electricity in this region than ever before and the world can expect emerging businesses and innovative ideas to result.